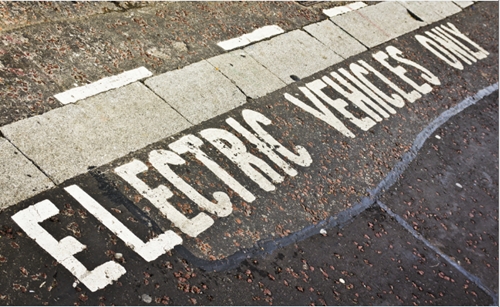 According to a report by Reuters, electric car manufacturer Tesla is planning to reveal the prototype for their electric semi truck next month. Elon Musk, Tesla’s chief executive, has previously stated his intentions to create electric hauling trucks to expand the company’s reach past manufacturing the luxury vehicles in a July 2016 letter titled “Master Plan, Part Deux.”

Scott Perry, an executive at the Florida-based fleet company Ryder System Inc., discussed the technology involved in making the endeavor possible with Tesla officials at their Fremont, CA facility. According to statements Perry told Reuters, Tesla is focusing on building what’s known as a day cab, a rig with no sleeper cabin that will be capable of making 200 to 300 mile trips with a standard payload, all on a single charge. The technology to create and implement batteries with that kind of potential does currently exist, but Tesla’s plans could change as development continues in the future.

“I’m not going to count them out for having a strategy for longer distances or ranges, but right out of the gate I think that’s where they’ll start,” said Perry.

A 2013 report from The National Renewable Energy Laboratory stated 80 percent of all freight shipments in the U.S. travel less than 500 miles, and trucks are the most widely used method of shipping under that range. Freight that needs to travel farther than that is typically moved by rail, water or pipeline. Tesla is hoping to claim a share of that abundant market.

A truck like the one Tesla hopes to engineer could be most effective in moving goods regionally, such as from warehouses to retail centers or from ports to proximal cities.

Shorter distances traveled and smaller loads equates to less overall battery power consumption. But as reported by Ars Technica, battery researchers Shashank Sripad and Venkat Viswanathan at the Carnegie Mellon University stated the cost of just the battery for an electric truck able to travel 200 to 400 miles could be greater than the cost of the average diesel freight cab – around $120,000.

There are other ways the benefits of operating an electric truck fleet could offset the initial costs of investment.

Ken Harper, marketing director for freight market and information company DAT, told Ars Technica that drivers are only able to work so many hours over a 24-hour period, which includes periods when they’re waiting at docks to receive loads or potentially charging their electric rigs. For trips under the 500 mile marker, “You could take a load up from point A to point B, load up again, and you still have time left on your hours of service,” said Harper.

Transportation companies hoping to reduce costs or lower their emissions have been excited at the prospect of adding electric trucks to their fleet services. The vehicles could have lower ongoing expenses than traditional diesel freighters because charging a battery via a power grid is cheaper than buying fossil fuel and electric motors require less maintenance than combustion engines.

Tesla has declined to officially comment on the speculation surrounding their electric vehicle. But Elon Musk detailed his optimism about the Tesla development in a letter from July 2016.

“We believe the Tesla Semi will deliver a substantial reduction in the cost of cargo transport, while increasing safety and making it really fun to operate,” said Elon Musk his July 2016 letter.

Brought to you by Lee TranServices, transportation experts providing you peace of mind and increased profitability.