FMCSA awards $70 million in grants to schools and state programs 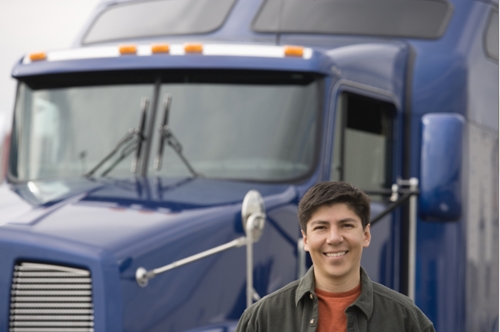 The U.S. Department of Transportation’s Federal Motor Carrier Safety Administration announced it awarded grants worth over $70 million to states and educational institutions nationwide through three of the agency’s major grant programs. Funds were distributed in efforts to ultimately increase the country’s commercial vehicle safety efforts.

A Sept. 26 statement from the department provided details on who the recipients were and their allotted dollar amounts.

“Our shared goal of a safer transportation system is a top priority,” said U.S. Transportation Secretary Elaine L. Chao, in the statement.  “These grants will further assist state and local officials in their efforts to prevent commercial motor vehicle crashes and injuries each year, and have the potential to save hundreds of lives.”

Allocations were distributed in the following ways:

“In addition, the Department is proud to recognize the sacrifices of our nation’s heroes by providing more veterans with the opportunity to contribute to the safety of our roadways through training grants for the next generation of commercial drivers,” Secretary Chao added.

High Priority grants aim to improve technology on new CMV projects and encourage intelligent system applications for CMV activity. The grants also educate the public on CMV safety and enhance the safety and security of hazardous materials when moved.

Commercial Driver’s License Program Implementation grants focus on giving states the funds necessary for them to issue operator CLDs in compliance with FMCSA regulations. It also provides monetary resources to outside organizations with the potential to implement CDL program compliance efforts on a national scale.

The CLD programs targeted through grant initiatives aim to reduce CMV crash occurrences and their severity through multiple methods:

Some of this year’s recipients were the Arkansas State Police, the Georgia Department of Driver Services, the Nebraska Department of Motor Vehicles and the National Center for State Courts, among many others.

Funds are also intended to help current and former members of the Unites States Armed Forces, including Reservists and National Guard Members, and their families find employment within the CMV industry.

Grants are given to entities nationwide, with the nine recipients from this year’s applicant pool being educational institutions in Texas, Kansas, North Carolina, Ohio, Pennsylvania and other states.